As we wrote earlier, the most accurate and visual way of displaying greenery will be its detailed map, compiled not from documents, but from real images taken from space or from a drone. Such data will be much more relevant and better suited for making decisions about the organization of urban space.

Let's take a look at a few images created by our software. 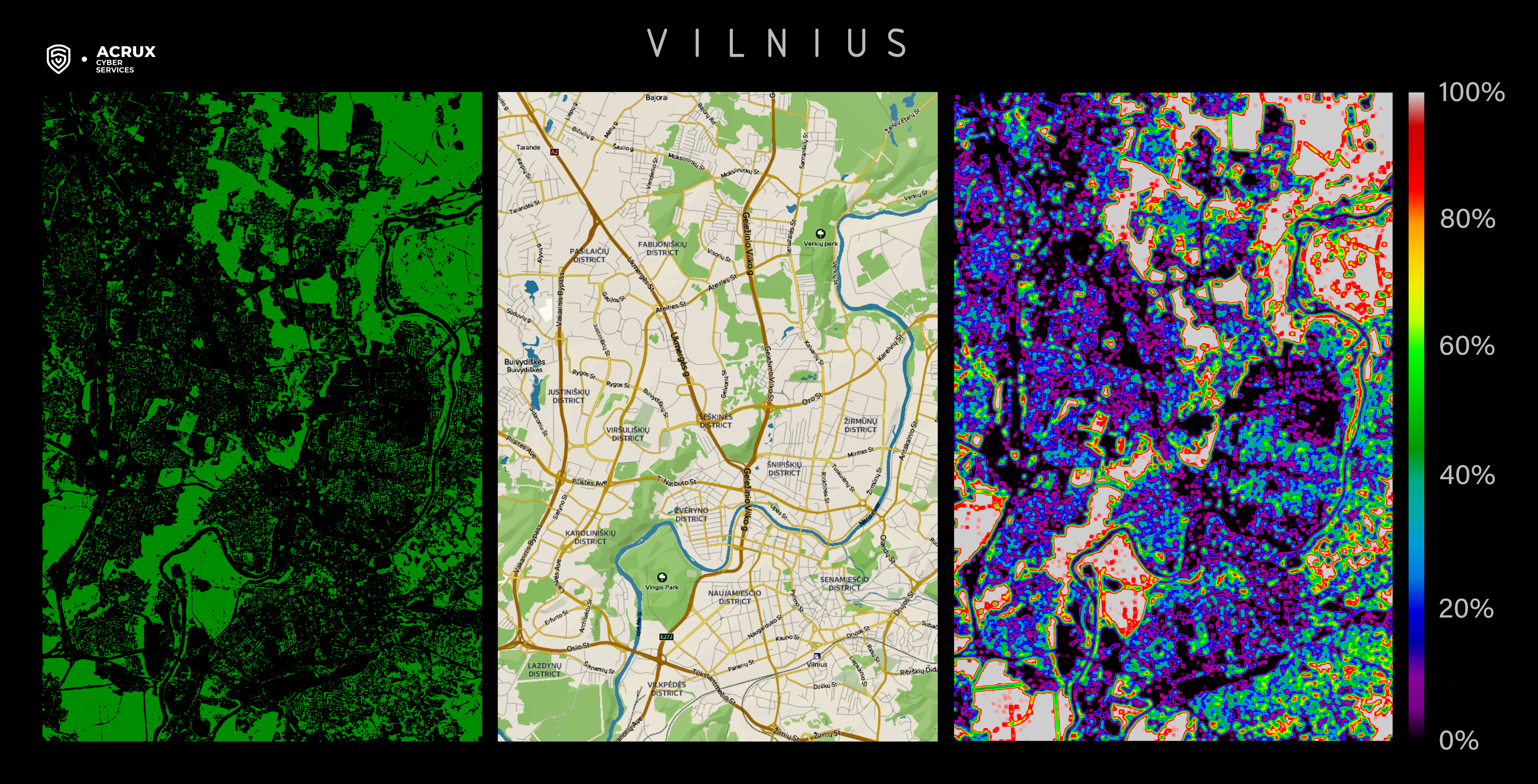 In the center - a traditional map  for orientation convenience. In the picture on the left, one green dot means one tree. The more green there are, the more trees there are.

The maps are clickable and each site can be viewed carefully. For example, there is a larger area of ​​the Cathedral Square of Vilnius. 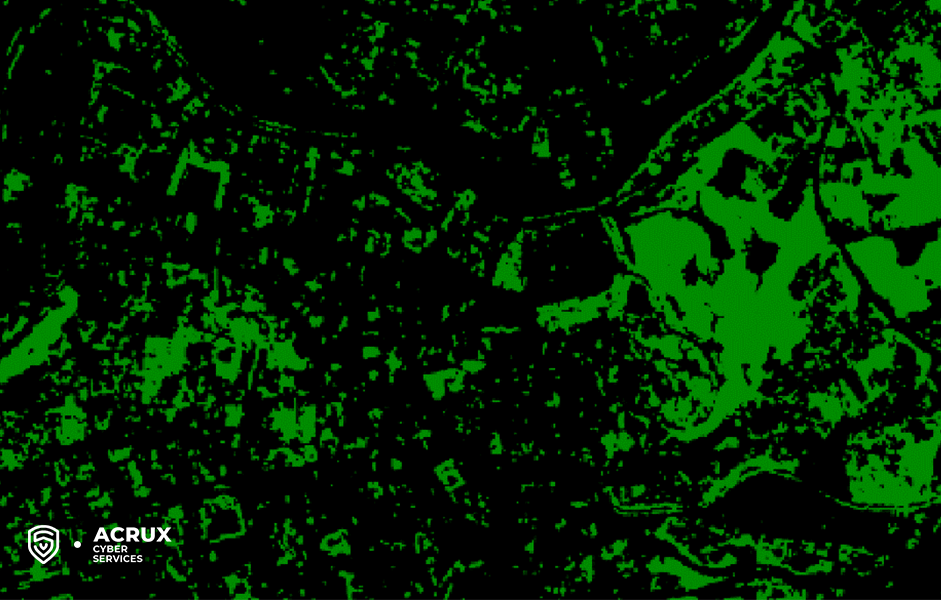 In such a visual representation, it is much more convenient to compare different districts or cities with each other.

For example, one can notice the contrast between Zirmunai and Šnipiskes in Vilnius - in the latter, up to 60% of the territory is covered with tree crowns. From the south-west to the north-east, the city is crossed by parks and forests with full closure of the crowns (white)

In Kaunas, the forests are located mainly on the outskirts of the city.

The average tree cover of Vilnius is 37%, Kaunas - 29%, although these values ​​may vary depending on which area is considered.

But Kaunas is more evenly planted with trees. There are few dark areas, green dots are almost everywhere. A little to the north of the Azuolinas Park there is a rather large Panemuno Forest.

It is more comfortable for walking on hot days, which are likely to be more frequent now due to global warming. You can even create walking trails in the comfortable shade.

The center of Vilnius is more crowded with buildings. And for trees, especially in the Old Town there is little space left.

However, there are more city parks in Vilnius. The Vingis Park, the rather green area of ​​Uzupis, and the Vanagine Geomorphological Reserve stand out.

The northeastern part of the city (where the Verkiai Regional Park is located) is located almost in the forest. You can walk through the entire city so that you are almost always in the forest.

Satellite imagery allows for analysis at the scale of individual trees and objects of similar size, the use of photographs from drones brings detail to the level of one centimeter. The process of building a 3D model from photographs and subsequent analysis is fully automated. In order to identify violations, representatives of the naughty authorities often require a personal presence or routine work when analyzing the data. At the same time, back in 2015, Microsoft demonstrated that machine learning is superior to humans in computer vision tasks. If we talk about satellite imagery, it simplifies the monitoring of forestry and the use of agricultural land. You can train a neural network to recognize buildings and keep track of the location of the cadastral map.

Another useful application of AI is to identify dry trees.

Dry trees are dangerous, as they can easily fall and damage nearby buildings or block the road. A withered tree can be a sign of a disease that is best identified as early as possible. Also, dry trees are more at risk of fire.

However, it is quite difficult to manually identify such trees, since you have to look at a huge number of photographs. However, AI copes with this task quickly enough.

Below you can see an animation in which we highlighted dry trees in one of the parks in Vilnius, found using computer vision. Obviously, it would be almost impossible to do this manually.

Moreover, if the AI ​​processes data not from a satellite, but from a drone, then it is possible to automatically calculate the height of a tree and more accurately assess its danger to nearby objects. Our team performed this kind of work for one of our overseas clients.

In the near future, we will tell you about other possibilities of using AI. Follow us on social networks!